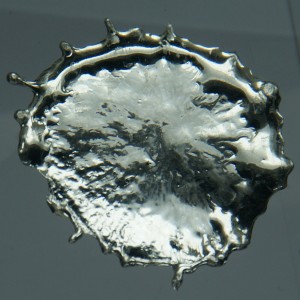 All metals fall within two categories, ferrous or nonferrous.

Ferrous metals are metals that contain iron. Ferrous metals appear in the form of cast iron, carbon steel, and tool steel. The various alloys of iron, after undergoing certain processes, are pig iron, gray cast iron, white iron, white cast iron, malleable cast iron, wrought iron, alloy steel, and carbon steel. All these types of iron are mixtures of iron and carbon, manganese, sulfur, silicon, and phosphorous. Other elements are also present, but in amounts that do not appreciably affect the characteristics of the metal.

Nonferrous metals are those which do not contain iron. Aluminum, copper, magnesium, and titanium alloys are among those metals which belong to this group.

The two most commonly used structural metals, iron and aluminium, are also the most abundant metals in the Earth’s crust.

Metals in general have high electrical conductivity, high thermal conductivity, and high density. Typically they are malleable and ductile, deforming under stress without cleaving.

Some metals and metal alloys possess high structural strength per unit mass, making them useful materials for carrying large loads or resisting impact damage. Metal alloys can be engineered to have high resistance to shear, torque and deformation. However the same metal can also be vulnerable to fatigue damage through repeated use or from sudden stress failure when a load capacity is exceeded. The strength and resilience of metals has led to their frequent use in high-rise building and bridge construction, as well as most vehicles, many appliances, tools, pipes, non-illuminated signs and railroad tracks.

Metals being conductors, makes them valuable in electrical appliances and for carrying an electric current over a distance with little energy lost. Electrical power grids rely on metal cables to distribute electricity. Home electrical systems, for the most part, are wired with copper wire for its good conducting properties.