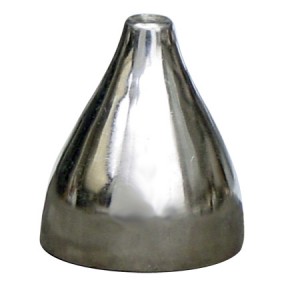 Nickel, chromium, vanadium, tungsten, molybdenum, and silicon are the most common elements used in alloy steel.

High speed tool steels are usually special alloy compositions designed for cutting tools. The carbon content ranges from 0.70 to 0.80 percent. They are difficult to weld except by the furnace induction method.

High yield strength, low alloy structural steels (often referred to as constructional alloy steels) are special low carbon steels containing specific small amounts of alloying elements. These steels are quenched and tempered to obtain a yield strength of 90,000 to 100,000 psi (620,550 to 689,500 kPa) and a tensile strength of 100,000 to 140,000 psi (689,500 to 965,300 kPa), depending upon size and shape. Structural members fabricated of these high strength steels may have smaller cross sectional areas than common structural steels, and still have equal strength. In addition, these steels are more corrosion and abrasion resistant. In a spark test, this alloy appears very similar to the low carbon steels.

Molybdenum with other elements

Alloys containing vanadium produce sparks with a detached arrowhead at the end of the carrier line similar to those arising from molybdenum steels. The spark test is not positive for vanadium steels.